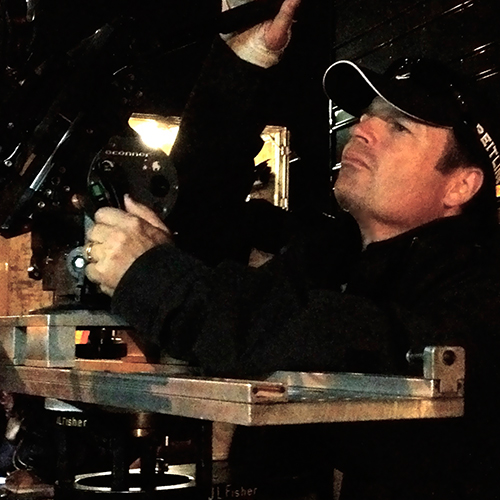 Robinson created, and executive produced the series “Astronauts” for ABC, adapted the Nicholas Sparks best seller “The Rescue” for CBS and wrote and produced “Night and Day” for TNT.

Robinson wrote and directed the feature documentary “Amargosa” about Death Valley artist and recluse, Marta Becket and was an Academy Award finalist for Best Documentary Feature and later an EMMY Award.  Robinson executive produced “Go Tigers!”, exploring the famed Massillon, Ohio High School football team of the same name.  The film made its World Premiere at the Sundance Film Festival, was nominated for an Independent Spirit Award.

Robinson also wrote and directed “The Legend of Billy the Kid” for the Disney Channel, for which he won a Primetime EMMY Award, the biopic “Wild Bill: Hollywood Maverick” on legendary studio director, William A. Wellman, which garnered Best Documentary Film by the National Board of Review.  He also directed the documentary series: Stand And Be Counted for TLC with producing partner singer/songwriter David Crosby on social activism through popular music as well as “Amy Cook, The Spaces In Between”, a doc on music songstress of the same name.

Robinson currently sits on the board of “Save A Warrior”, a foundation providing direct intervention services for veteran suicide prevention. Saveawarrior.org

When work permits Robinson serves as a professor of film production and thesis writing at the University of Southern California’s prestigious “School of Cinematic Arts”.

He is married to talent manager, Elizabeth Robinson. They have two children, Tyler James Robinson, a writer and film editor and Tessa Lynn Robinson, a television producer.